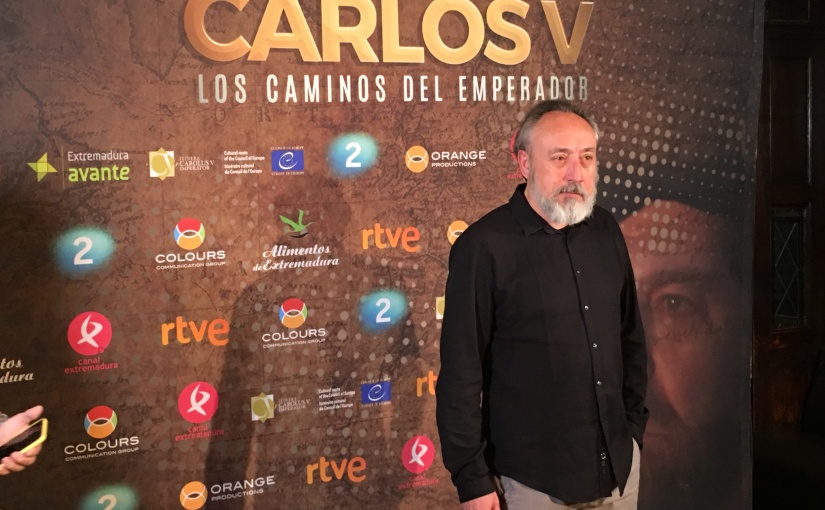 We chatted with Antonio Salazar, who takes on the role of Filiberto of Saboya, faithful servant of both father —Charles V— and son —Philip II—, during the presentation of The emperor’s paths.

What has supposed to Antonio Salazar the defense of Filiberto of Saboya’s role, one of the great servants of Emperor Charles V?

First of all, a challenge —he admits convinced—, because embodying a role of these characteristics always supposes a plus of difficulty when dealing with a historical character; and at the same time an attraction, because Filiberto de Saboya collaborated with Carlos as with his son, Felipe. Also, I would like to highlight the luxury of acting in places and scenarios of such beauty as those that appear in the series, in addition to its historical roots.

In my case, and especially, the Monastery of Guadalupe, which is also part of the Route Network of the Emperor Charles V, as well as the castle of Manzanares el Real. 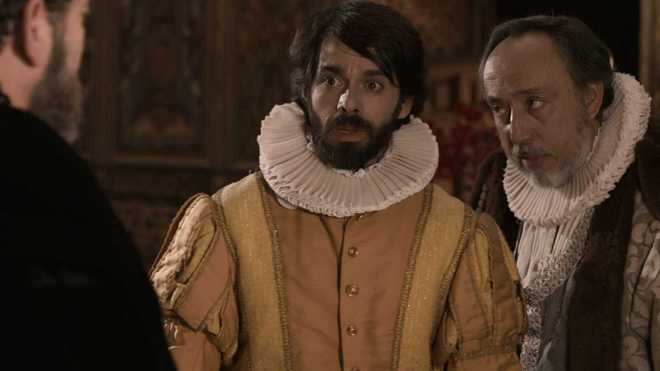 Nobody doubts that The emperor’s paths enhances and contributes a series of values. Which would you highlight in your judgment?

In a Europe as bureaucratized as we live, it would be a good opportunity to recover the cultural Europe, which is what truly unites us and can link us —he explains convincingly—. In this sense, the figure of Charles V is a magnificent example of historical linkage; that is what the network that travels its routes throughout Europe as a nexus of languages, culture, traditions, etc.

As well as the love and passion for history …
Indeed, because it isn’t a documentary but docufiction, which is how you could call it now. In fact, there are historical advisors for each aspect of the series: maps, clothing, customs… —he smiles during he talks—. So that the historical facts adapt to what is known, and that is fundamental so that this doesn’t turn into a series as usual, which is something that we have fled from the first moment.