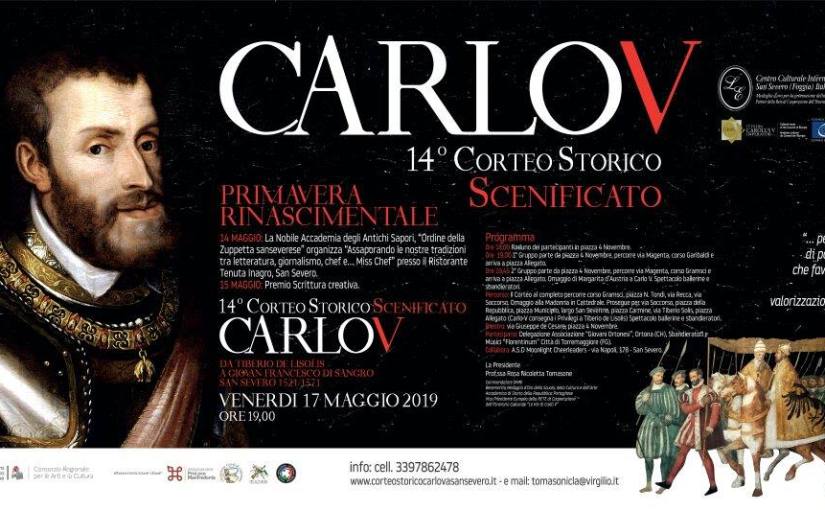 As it’s traditional at this time, San Severo devotes a whole week, his Renaissance Week, to the Emperor Charles V with all kinds of activities for all audiences.

The Renaissance Week of San Severo (Italy) returned to be a great success of participation, as usual. A calendar full of activities that, for a week, honor the figure of the Emperor Charles V, whose footprint is very present in the South of Italy, both in the vicinity of Naples and the whole island of Sicily, as well as in the north of the peninsula.

And there are two acts that, as usual, focus the attention of this Renaissance Week. The first of these is the preparation, adjudication and subsequent tasting of the traditional Zuppetta, a dish present at the table of Emperor Charles V; and whose evaluation, as is customary, was carried out by the members of the Noble Academy of Ancient Flavors – Order of the Zuppetta Sanseverese. The vice president of this network, Rosa Nicoletta Tommasone, took part in the jury.

Week that concluded with the usual historical procession in honor of the Emperor Charles V, and that this year celebrates its XIV edition. Courtship in which, in addition to the usual local representation, this year a delegation from Ortona also participated. Courtship that, as is customary, converted the local cathedral into a place decorated with care; and in which the interventions of a tenor and the consequent Prayer of the Conqueror were carried out by Professor Vincenzo Fantetti.

In short, a week full of events that is already a memory, and whose echoes serve to prepare next year’s edition.

And as a summary of the historical procession, here we leave you this video: