On October 4th a symposium will take place in Vienna that will analyze both events, about to mark its fifth centenary

The Hofburg Palace in Vienna (Austria) will host on October 4th a symposium that will deepen the figure of the emperor, as well as the valuable legacy, in every way, which was the first circumnavigation and its projection in the sixteenth century.

This is a symposium, from 9:00 a.m. to 3:00 p.m., organized by the Austrian province of the Royal Association of the Knights of the Monastery of Yuste together with the Hispano-Austrian Society and the Spanish Association in Austria, in which organization our network of routes also collaborates —with the presence of Professor Dr Ludolf Pelizaeus, member of his scientific committee—, with which it is intended to highlight the figure and ideas of Emperor Charles V (Charles I of Spain), as the primary element of the construction of Europe, and more specifically to enhance during this 2019 a double centenary:

· 500 years after his appointment as Emperor of the Holy Roman-German Empire.

· 500 years after the departure of the first round-the-world expedition of Fernando de Magallanes and Juan Sebastián Elcano. 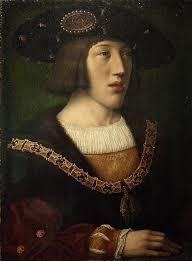 Among the main objectives of this symposium are the historical deepening in the context of the sixteenth century, as well as the dissemination of the historical significance of the figure of Emperor Charles V; and at the same time, value and disseminate — 500 years later— the valuable historical, social, cultural, economic, cartographic and military legacy that was the first circumnavigation and its projection in the 16th century. 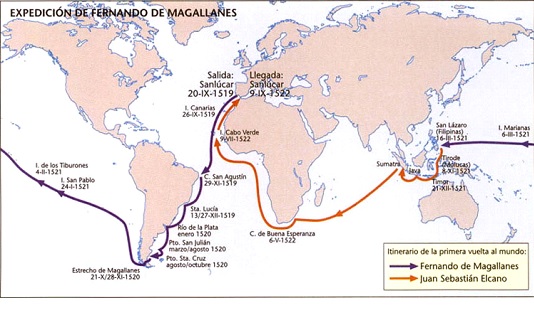 As a secondary objective of the celebration of this act, it is intended to give visibility and presence to the organizing associations to publicize, their commitment, their projects and activities, create a network of academic contacts for future events and promote Spain as an entrepreneurial and courageous country facing the challenges.

Consequently, this symposium will be articulated in three thematic lines:

· Historical description of the time, which includes the situation of the countries, structures and alliances, together with a detailed study of the context of the events being analyzed, as well as the power and extent of the Habsburgs.

· Study and dissemination of the figure of Emperor Charles V, his proclamation as Emperor and, in this case, focused more specifically on his performance, courage and genius for the perception of the scope of the company proposed by the Portuguese sailor Fernando de Magallanes ; without forgetting his motivations, supports and decisions at this moment in history.

· Celebration of the V Centenary of the First Tour of the World of History, which includes an examination of the historical context of the preparation and departure of the expedition of five ships that departed from Sanlucar de Barrameda (Seville) with 239 men to open a route commercial with the islands of the spices and that finished realizing successfully the first circumnavigation of the Earth.