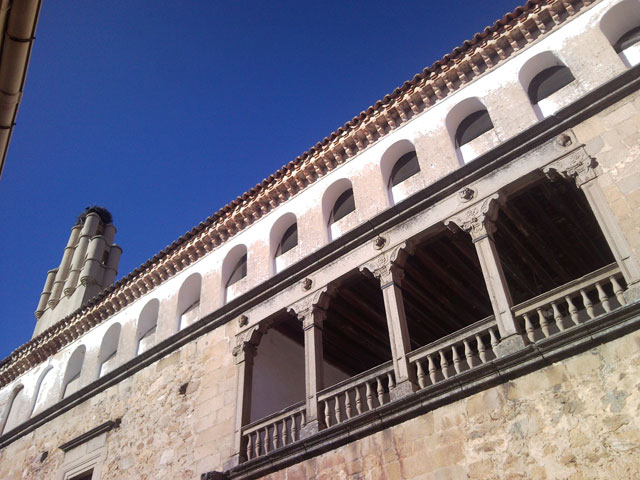 If you visit Pasarón de la Vera, in Cáceres (Spain), you can know the origin of this legend

Two are the protagonists of this legend: he, Jeromín, illegitimate son of Emperor Carlos V. She, Magdalena. The result, a youthful, intense love. The place, Pasarón, in Vera de Cáceres (Spain).

Spain is full of legends related to Emperor Charles V and his relatives. One of their protagonist is the boy who brought Yuste to bring him close; the fruit of his relationship with Barbara Blomberg, and that at his death he would stop calling himself Jeromín to become Don Juan of Austria.

Legend has it that Jeromín met Magdalena, the daughter of Master of Pasarón. Young, graceful. Very young. The result, a passionate love that was not approved by a person who had knowledge of that love: Magdalena’s grandfather, favorable to the communards cause, and therefore the enemy of the emperor. Her opposition became a punishment for her when she found them kissing on one occasion: Magdalena was locked in a room in the basement of the family palace. And she never abandoned that basement again. He died there after a few years.

Thus, on full moon days, the legend tells that a soul walks through the interior of the palace, crying its sorrow for the lost love, and also for the life that it could not enjoy. A soul in sorrow that responds to the name of Magdalena.

Reality says that the palace of Pasarón was built by Garci-Fernández de Lara, III count of Osorno and lord of the town, who died ten years before the arrival of Emperor Carlos V in Yuste; that he was never the enemy of the emperor, on the contrary, he is remembered for his fight against the communards; and that he held important positions in the Spanish court during the first half of the 16th century. Even his successor, Pedro Fernández Manrique de Lara y Luna, IV count of Osorno, was a member of the emperor’s closest circle during his stay in Yuste.

As a curiosity, one of the streets that borders the palace of Pasarón de la Vera is called as the protagonist of the legend you have just read.

Now, what is your choice? Reality, or legend?

Un comentario en «The legend of Jeromín and Magdalena»