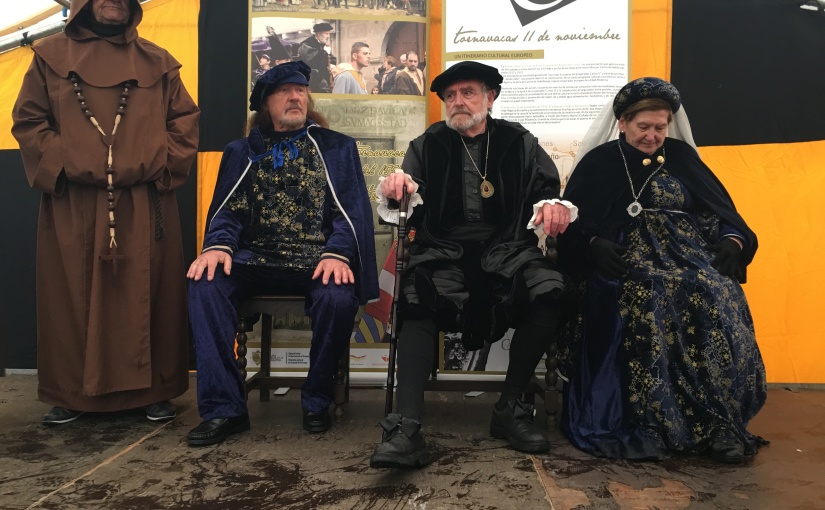 Charles V arrived at Tornavacas on November 11th, 1556. The next day he left for Jarandilla de la Vera crossing the Sierra de Tormantos

The Emperor Charles V spent only one night in Tornavacas (Cáceres), on 11th November 1556. A night full of anecdotes and curiosities.

It was nightfall when Emperor Charles V arrived in Tornavacas on 11th November 1556. From that night it is known that he ate a few freshly caught trout. And they were, because he himself watched over his fishing as he crossed the Cimero Bridge; and that the next day he left the town to cross the Sierra de Tormantos in the direction of Jarandilla de la Vera.

Where did the Emperor stay in Tornavacas? There is a Renaissance style house in whose portico you can read: «IVAN MÉNDEZ DAVILA, CRIED OF HIS MAGESTY». Legend has it that this man entertained the emperor in such a way that he knew how to reciprocate the generosity received. And he assures it so, according to Fernando Flores del Manzano in «Myths and legends of oral tradition in Upper Extremadura»:

«The Emperor gave them a Virgin of great value. To reward them for how well the owners of the house had treated him, Charles I gave them a secret gift. Some time later, when Juan Méndez Dávila’s servants were cleaning the attics, they found a carving of the Virgin of Carmen, although others said it was of the Perpetual Help. They said it was of Gothic style and of great value. Then they thought that it would belong to someone from the Emperor’s entourage and gave notice to Charles V.

He replied that it belonged to him and that he had left it in his house with every intention of paying them back for the good treatment he had received. He sent them a scroll in his own handwriting so that it would always be theirs. He charged them never to dispose of it, for it was of great value and the ugly brown paint hid a gold one, which made it even more valuable. The Placentino bishop authorized them to build a chapel in the house and to venerate it there, together with another image of St. Joseph and a Christ. In the month of March they offered her daily exercises. I know that this Virgin worked great miracles. In the fifties they got rid of her. She is in an important museum.»

A place that awaits your visit when the COVID-19 has left.