It will take place on four dates, from October to December, with the first session taking place on Friday 23rd

The date of the celebration of the fifth centenary of the coronation of Emperor Charles V, which took place on 23 October 1520, is approaching. For this reason, the Network of Routes of Emperor Charles V is holding a series of online seminars in which various experts on his figure will participate.

Friday 23rd October 2020 will mark the 500th anniversary of the coronation of Charles V as Emperor in Aachen. To celebrate this, the Route Network that bears his name has organised a series of online seminars under the title “Charles V: dreams and nightmares of an Empire” which will take place on 23rd October, two in November and the last one in December 2020. 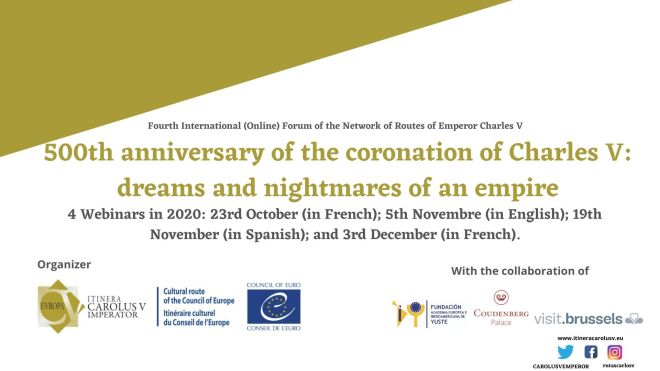 Over the course of the four days, presentations and reflections by specialist historians of the time will follow one another, with the aim of presenting and debating what happened in 1520 and the following years: the hopes and difficulties. A period that, moreover, coincides with the first circumnavigation of the Earth under the command of Fernando de Magallanes and Juan Sebastián Elcano, to try to find a western route to the Moluccas. 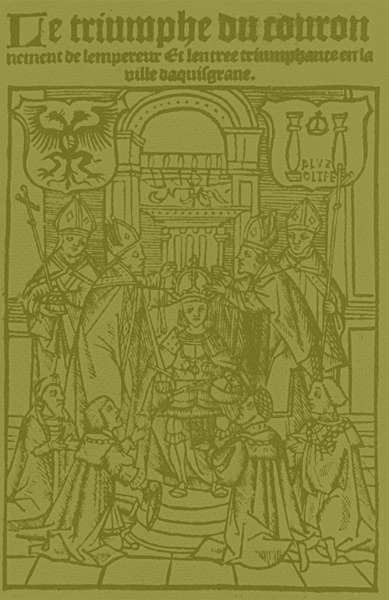 Furthermore, beyond this period, the impact of this process on European construction will also be discussed over the four scheduled dates. A series of events will show how history and culture can be a fundamental pillar in the process of European integration. To this end, the speakers will show some examples and good practices achieved by different institutions working in the field of the promotion of culture, history, etc.

To learn more about the programme and its speakers, just click here.