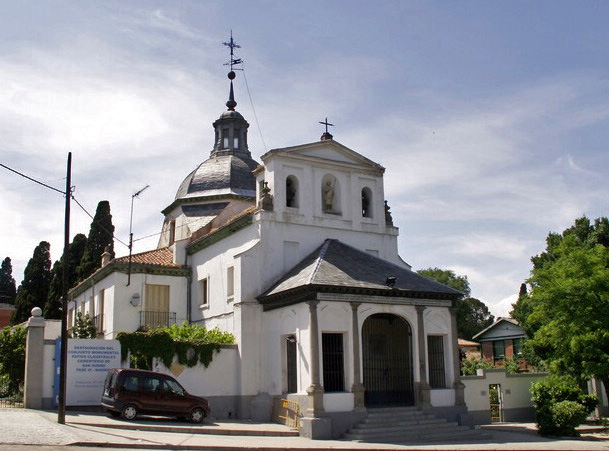 The water that flows from its source is believed to have saved the lives of countless people. Two of them are those of Emperor Charles V and his son Philip II, who drank its waters at the express wish of Empress Elisabeth.

It has always been said that the water that flows from the San Isidro fountain in Madrid is miraculous. The water springs from a rock through which the saint opened an opening using the long rod with which he led his oxen.
Water that, as we say, has been considered miraculous. Among other things, to cure fever.

And it was this fever that took hold of both Emperor Charles V and the newborn baby and heir, Philip II. Fevers that made them fear for their lives. This led the Empress Elisabeth, who knew about the power of the Saint’s waters, to ask that water be brought for them from the aforementioned source and thus prove its healing power.

The healing power of this water was demonstrated when, days later, both the emperor and his son recovered from the heat that had tormented them for days. In gratitude, the empress ordered the construction of the primitive Saint’s Chapel in 1528. The one we know today is the result of the restoration undertaken in 1725.

However, the following legend can be read about the spout of the fountain through which the miraculous water still flows:

“O goddaughter as divine as the miracle teaches / For you draw water from the rock, miraculous and crystalline, / The lip to the stream bows and drinks from its sweetness. / That St. Isidore assures that if you drink with faith / And you will return without fever.