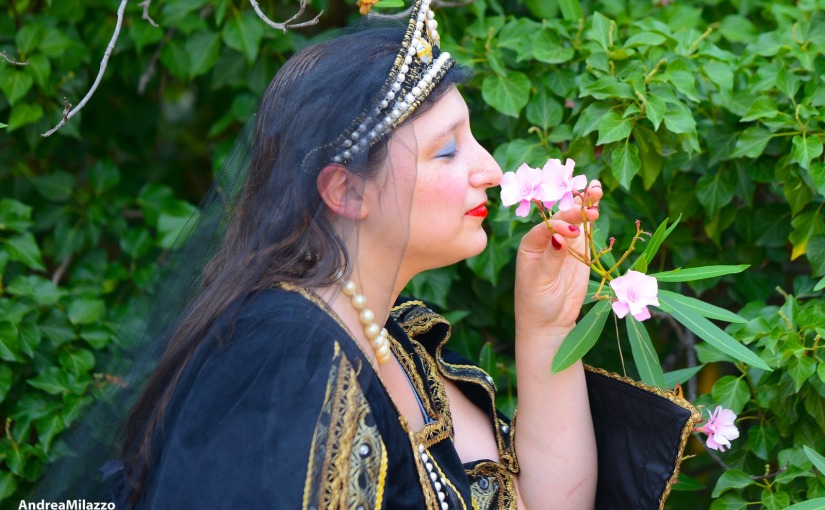 Le Franche Villanesi, a member of this network of routes, held a tribute to the emperor and his era on 17 July

On 17th July last, the association Le Franche Villanesi, a member of this network of routes, held the 18th edition of a tribute to the Emperor Charles V and the Italy of his time in an event entitled «Charles V at the court of Constanza d’Avalos».

The event, which included a recreation of a scene in Ischia at the end of the 14th century on the terrace of the olive trees of the Aragonese castle. A show was held there, enlivened by various composers of the period.
We will live in an imaginary place.

Seduced by the beauty of the surroundings, the members of the Cenacolo Michetti set about recreating the splendour of the court of Constanza d’Avalos, governor of the island, when in 1528 she received the title of princess of Francavilla from Emperor Charles V.

The event was notable for its recreation of the moment with parades, music and dances in period costumes that recreated a party at the court of Constanza d’Avalos on the occasion of Charles V’s visit.

In addition to the performance of the actors, the event was also notable for the recreation of the Belle Epoque setting with clothes and hats from the Atelier Culturale of Le Franche Villanesi, the event also served to twin Ischia and Francavilla, whose town councils were responsible for its sponsorship.